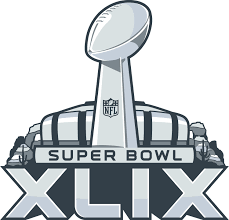 The Super Bowl is the venue for entertainers to showcase their talent and to dazzle unbelievably large worldwide audience. The Super Bowl XLIX will be held on February 1, 2015 at the University of Phoenix Stadium in Glendale, Arizona. The Halftime Show will feature Katy Perry, Rihanna and Coldplay. Idina Menzel will perform the national anthem while John Legend will sing “America the Beautiful.”

The Billboard announced on October 9, 2014 that the American singer and song writer Katy Perry will be performing at the Super Bowl halftime show. Katy Perry’s career started with gospel music and her debut album, Katy Hudson, was released in 2001. Her first major breakthrough in music came with the signing a deal with Capitol Records in April 2007. Her famous numbers include I Kissed a Girl, Hot n Cold, The One That Got Away, Roar and Dark Horse.

Barbadian singer, actress and fashion designer Rihanna’s career started with Even Rogers in 2003 and recorded her music with Def Jam Recordings. Her successful songs include Pon de Replay, SOS, and Umbrella.

The British rock band Coldplay formed in 1996 by the lead vocalist Chris Martin and lead guitarist Jonny Buckland in London and took the new name in 1998. The group became famous with its single, Yellow in 2000.